This evening is to light the Bonfire of Christianity within London, over the past year we have seen some terrible events but from them we have seen great courage, selflessness and humanity.

This evening is to Celebrate being a Christian in the Emergency Services and in this wonderful City many of us call home, HillSong UK will be bringing the worship, Canon J.John will bring Gods word.

For anyone wishing to attend please click here to apply for tickets, or for further information contact us

We’ve launched our biggest ever charity event to ensure thousands of children across the capital receive a special Christmas present this year.

Commissioner Cressida Dick was joined by poster competition winner Lavinia Zimarino, aged 10 and from Sutton, to get the appeal underway by turning on the Christmas tree lights outside New Scotland Yard for the first time, at the Met’s new HQ.

The Met’s Christmas Tree Project has been an annual event since 2012, spreading its cheer across London with trees being lit up by officers outside police stations and in other public places in all of London’s 32 boroughs to ensure more children in need have a present delivered to them in time for Christmas Day.

Lavinia’s police sleigh and Christmas tree poster design was chosen from over 4,000 entries from children across London.

Last year’s Christmas tree was placed outside Hyde Park police station while the Met moved to its new home on the Victoria Embankment.

The event resulted in 17,016 gifts being given to children across London and over £20,000 was donated on JustGiving by 493 supporters to go towards presents for children who might not ordinarily get one.

The lights were turned on at 17:30hrs on Tuesday, 14 November, outside New Scotland Yard.

The Commissioner says,“At this time of giving and festivities, we have the opportunity to spread a little joy to those children less fortunate and in care.

“Since our Christmas Tree appeal in 2012, we have seen its success grow year after year. The generosity and goodwill of officers, staff and fellow Londoners, will see the presents delivered to children and young people in care this Christmas.

“My deepest thanks go to all those who donate.”

The Mayor of London, Sadiq Khan, says,“Christmas is a time for giving, and the Met’s Christmas Tree appeal offers a chance to make a real difference to young and vulnerable Londoners in care.

“An incredible amount of money was raised last year with thousands of young people across the capital receiving gifts, and I know Londoners will be just as generous this year. I urge everyone to get involved and let these children know we are thinking of them at Christmas.”

How you can give a gift:

Londoners are encouraged to get behind the campaign and give a gift by taking a tagged ribbon from a tree on your borough or at New Scotland Yard, and following the instructions on the tag.
You can also visit the online virtual Met Christmas tree at www.met.police.uk/christmastree

In addition, this year members of the public can also donate money if they are unable to buy a gift by visiting the Just Giving webpage at: www.justgiving.com/campaigns/charity/saferlondon/metxmastree

The gifts will be for children aged from one-week to 17-years-old and benefit those in need across all London boroughs. The children are currently being cared for by foster parents, in residential care homes, in refuges, in hospitals, or are children from low income families.

The suggested spend for gifts this year is no more than £20.

All gifts will be delivered to the children before Christmas Day 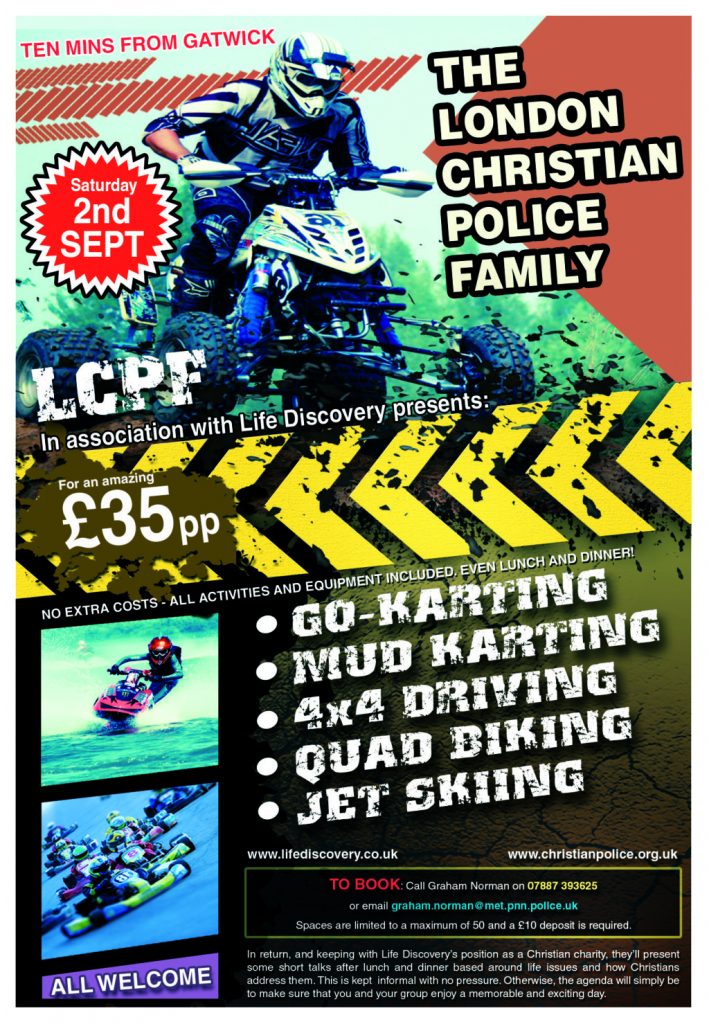 To book tickets or if you have any queries concerning this exciting event, please contact Graham Norman (details above) or myself Come & have some fun & food! *Over 18s only*

Monday the 19th December sees the Annual MPS Carol service take place at Westminster Abbey. This is the key milestone calendar event for both the MPS and the LCPF with over 2000 attendees. Key to its success as always for any event are those volunteers who support the Abbey in making it happen. Could you volunteer?

What will I be doing? Its open to anyone in the MPS, whether Police Officer or member of staff. You will be asked to come to the Abbey for 1700hrs to change into Tunics/suits/smart clothing, have a quick briefing from myself and then when the doors open at 1730 assist in checking tickets and facilitating people to their seats. On conclusion of the service at 1900hrs you will then help facilitate guests out of the Abbey.

It was a great event last year and really worthwhile . If you want to volunteer please email me and I will be in contact, many thanks, Neil.

People all over London will be joining together to pray for our estates You can pray from near or far!

How can I get involved?

Sign up here for shifts in the online prayer room

“London estates are the forgotten London, the bypassed, overlooked and ignored London. Except to Jesus Christ. To him they are the places where God is specially present, the object of an extraordinary love, and the focus for justice and hope.
This 24-7 prayer week will look to remember the forgotten, cross over to those often passed by, and turn our full attention to those usually ignored.
I commend this week to you and hope that you will commit to pray for the estates of London. In doing so we will, of course, discover that the Lord is there before us, calling us to join him”